In the mid-1990’s, my ‘spiritual road-trip’ friends and I bought a ranch in Wimberley. We were going to turn it into an environmentally sound, experimental community. My ‘spiritual road-trip’ friends were all healers; one was a psychotherapist, one was a homeopath and one was a nurse-midwife who worked on the Cambodian/Laotian border during the Vietnam War. She could heal bullet wounds. I was in marketing/pr/sales.

One day they came home and asked me if I wanted to take this thing called Resonance Repatterning with them. I said, “Not only no, but HELL no.” And, much to my chagrin they bought it for me. So, I felt obligated, relented and took the training – in New York. I was totally a fish out of water. I was the only person in the class of about 40 people that was not some type of healer. After that I thought, “Wow – that was interesting and no way do I ever want to do that again.” I had no intention of traveling all over the country taking trainings and paying lots of money to be something I had no desire to be and study something I had no desire to learn.

However, a month later Chloe Wordsworth, the woman who developed and taught Resonance Repatterning mysteriously decided to come to Austin and do all of the trainings here – mysterious because she lived and worked in Phoenix. Damn. So, on a lark and because all my friends were doing it, I took the trainings.

A year later, I had a profoundly transformational experience one night after repatterning myself for a very problematic issue I had been dealing with for years. I felt the results of that repatterning in my bones. The results were visceral, physical and extremely transformative. More importantly, what I repatterned which was a pretty disturbing psychological issue never came up again. Amazed, I said to myself, “Man, I am ON to something here.” I still thought, though, that this would be a great thing to do on my friends and family when they needed it. It never even occurred to me that it might be something I would do for a living.

About 2 months later, I was walking downtown where I had an office on Congress Avenue going to lunch. An acupuncturist who was in the Resonance Repatterning trainings with me – who I hardly knew – literally walked up to me on the street and told me she thought I should join her practice. I was pretty confused and told her that I thought hiring a full-time marketing person was really a good idea but there was no way that she could afford me. She just looked at me and said, “You idiot, I don’t want you to do marketing, I want you to do Resonance Repatterning.”

Damn! This was the last thing I ever wanted to do. So when I came home driving back to work on Tuesday morning, I was talking to God. I said, “God, I really think this is crazy. However, if you really want me to do this, I will – and here is what I need.” If I know one thing for sure, I have always wanted to do whatever it was that God wanted me to do. Thirty years ago, I heard a speaker who had written a book about the time she spent with the Aborigines. I have never forgotten one particular thing she said that day that changed my life. She said, “The Aborigines believe that God gave us free will so we would choose not to use it.” It was the first time I ever understood the concept of free will. 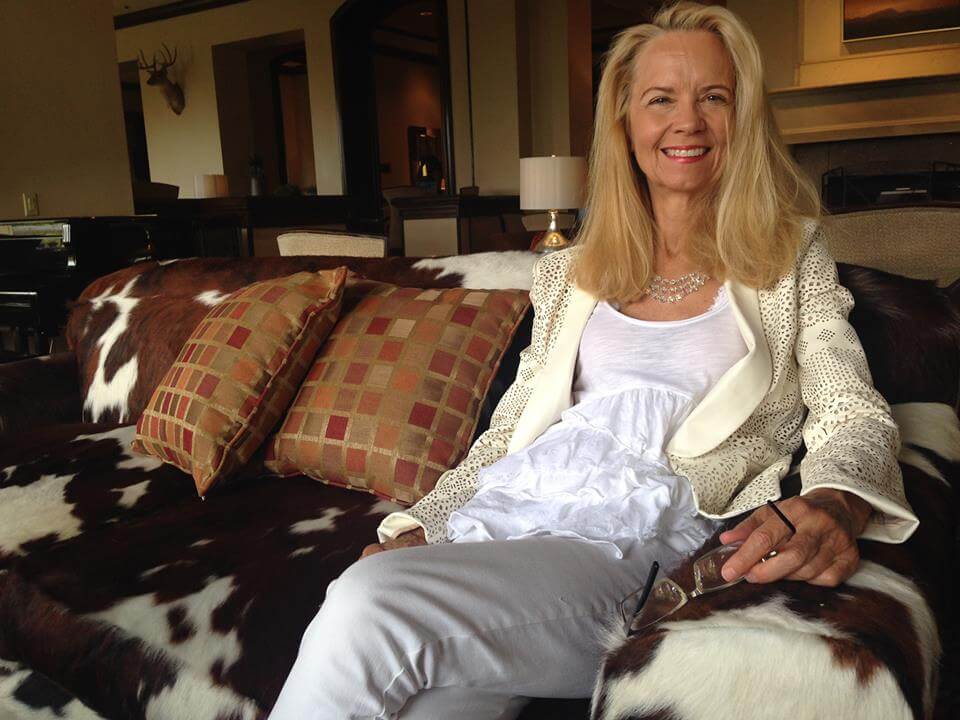 o, in this spirit I basically gave God a laundry list of things I needed in order to be able to be a healer. I needed to do thirty more Resonance Repatterning sessions to get certified to do the work. The acupuncturist wanted me in her office in thirty days. At that time, a Resonance Repatterning Practitioner could not advertise unless certified and as I had been in marketing, sales, advertising and public relations for some fifteen years, I was not about to start a business if I could not advertise. I told God I needed to be laid-off of my job right away so that I could collect unemployment while I was being certified. No kidding. I pulled into the parking lot, walked into the office, put my purse down, went and got a cup of coffee, came back, the phone rang – and I got laid off of my job. It was fifteen minutes. Damn.

This was the last thing I ever wanted to do. Thirty days later I was in that acupuncturist’s office. Six weeks after – since I had been in marketing and public relations in Austin for over a decade, I knew some people in the media. I called a good friend of mine who was the program director at one of the big TV stations here in Austin. I told her what I was doing and asked her if she had any ideas. She said sure and sent over a camera man and the health reporter and they did a ten-minute segment on me and my practice on the ten o’clock news. I was interviewed and filmed Repatterning a woman for sugar addiction – it was a ten-minute segment on the ten o’clock news in 1996. I was off and in private practice. The segment opened with a new-age montage featuring several “E=MC2” logos floating around in it. The next day the station was inundated with calls from the Physics Department at the University of Texas. The physicists were incensed that the station had endorsed Resonance Repatterning as something even remotely associated with physics. “This has nothing to do with physics!” they complained. And the health reporter almost got fired. I figured great. ANY public relations is good public relations. (Just ask Donald Trump!)

Postscript
Many years later after a group of physicists produced, directed and starred in a film about quantum mechanics called “What the Bleep….Do We Know?”, they all came to Austin to lead a week-long seminar at The Crossings, a division of the Omega Institute for Holistic Studies out of Rhinebeck, New York. They invited Chloe Wordsworth who developed Resonance Repatterning to participate as the only ‘lay’ person in the program because Resonance Repatterning is actually the practical application of quantum mechanics in the healing arts. I wonder what those University of Texas physicists would say today?

By September, I quit my practice and it was closed. I was convinced that I was going to harm someone and I was so scared I just quit altogether. I was sure that since I had no formal education in psychology or social work I did not have the qualifications for that type of work. And, I left town for 6 months. I went to Europe, came back and moved to Dallas for a while to do some consulting.

When I returned to Austin, I went back into marketing and sales which I had no desire to do. I tried for five years to find something I could do that would make a difference in the world – and I could not get a cab in New York City. I looked into working for non-profits. No one was interested. I decided to go back to school and get my law degree. I applied to The University of Texas At Austin and I did not get in. The crazy thing about that was I was attending UT a couple of years before. My life virtually came to an standstill.

At the end of those five very painful years – one day in July of 2001 – I was doing a ceremony to the goddess of wealth and abundance – Lakshmi. The top of my head opened up and a movie of all the things that had happened to men in Resonance Repatterning played in my mind frame-by-frame. I had a profound epiphany. I literally fell to my knees and cried. I had the profound realization I knew how to do this magical healing modality that made a huge difference in the world and I was refusing to do it. I was eaten up with resistance and had been for years. And that was why I could not move forward in my life.

The very next day there was a Resonance Repatterning training in Austin – for the first time in five years or so – and they let me walk in a day late. I started doing sessions and four months later I had an office. Eight months after that I went to work full-time in my practice where I have been ever since – making a difference in people’s lives every day. And, my life began to work again. And, it has ever since.

Postscript
When I was a child I was on my own when I was fifteen. I do not recommend this – for a multitude of reasons. One pernicious symptom of this kind of situation is severe survival issues. You always think you are going to die. In fact, I never thought I would reach the age of forty. When I turned forty, twenty-five years ago I was stunned. For me, the only solution was to never work for myself. My plan was to always have a regular paycheck I could count on and a good solid benefit package to take me into my mid-life years when I was going to die anyway. So when God made me have my own business it was a terrifying thing. I would sit in my office at the beginning of my practice and literally shake. Fortunately as soon as I started my practice, I received a number of 0% interest credit cards in my mailbox. They flew in as though they had wings. And, after about a year and a half and my practice had taken off I realized God had made me do this so that I could get over my survival issues. It was all just a gift for me to be able to relax into this life and ‘oh, by-the-way, every now-and-then someone actually got healed’.

About the same time I went to a marketing event and at the end of it we sat in a circle. The facilitator asked us to close our eyes. Then he asked us to contemplate the question, “What would you do if you had all the time and all the money in the world?” I was totally engaged in the process and stayed with it until I heard the answer from the depths of my being. I was completely surprised. What I heard was, “Exactly what you are doing.” And, I was the only one in the room with that answer. My spiritual teacher had known my heart’s desire and had led me to what I had not even known myself.